Memories Are Made Here

About The Rec Bowl

The Rec Bowl has been with the Fox family since the 1950s. The eight-lane bowling alley still gleams as one of the highlights of the business. Hosting countless parties and seasonal flocks of leagues, it remains masterfully maintained — proudly exhibiting its retro mechanics and character. The Rec Bowl provides open bowling for anyone to come in and enjoy. We also host bowling leagues. On top of the bowling, there are also other recreational games to play such as darts and pool that also have leagues available. If you are hungry we serve food at the bar and our indoor dining area. We also serve food and drinks to the largest outdoor patio in Mt Clemens that has seating available for our guests.

Beyond the physical additions, good things have happened in the ways that truly matter too — in the form of memories, good laughs, great friendships and yes, even marriages too. Simply put, spending time at The Rec Bowl leads to great life stories — moments that our customers remember forever or are reminded of the next day.

Run by the Fox Family for the past 65 years, and rumored to have been in business for over 100 years, The Rec has undergone many changes since opening. Throughout its history, The Rec has been owned by five different families, previous owners included: Timpf, McInerny, Nicolai, Vercaecki, and now currently, the Fox family.

Fred Fox Sr. purchased the business in the early 1950s. Being an ambitious man with vision and value for his family, he rebuilt The Rec from the ground up and sustained the business to support his ten children and educate them through Catholic schools. All of the children have worked at The Rec at some point and contributed to growing the business. 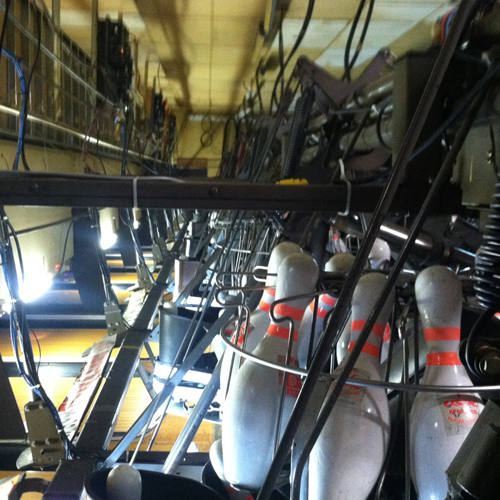 In 1972, The Rec made a bold business move and purchased a liquor license. Three years later in November of 1975, Fred Fox Jr., took over the business. Fred, like his father, was a hardworking and clever Fox. He dreamed what The Rec could become, and over the years has guided and grown it into what one sees today. With the help of his wife Patti, his daughter Tricia, some bright ideas from his son Ricky and a motley cast of hard-working characters – The Rec is run day-in and day-out as a thoughtful and warm family business.

With consistent forward-progress and constant dedication to make it better – good things have happened at The Rec Bowl. A philosophy and strategy that not only carried the business, but became the sum of Fred’s famous motto for the establishment, “Stick around here long enough and good things will happen.” 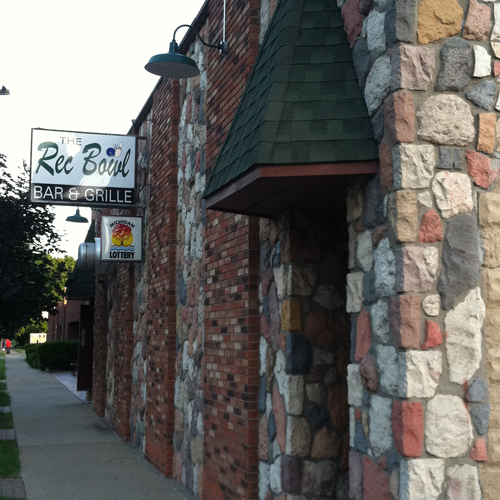 In 2001, Fred expanded The Rec Bowl by adding The Rec Room, a spacious dining area that shined a new light on The Rec’s atmosphere. This addition opened up refined seating for 75 more people, easily accessible restrooms as well as an arena for dart leagues.

Physical expansion of the venue has happened several times, and starting with a big top tent over the parking lot, the idea for the summer Rec Patio was born. The patio opened up a setting for live entertainment and room for 150 more people. With recent upgrades to the Rec Patio in 2012, it now features a permanent overhead structure, seats over 300 guests and serves up some of the area’s finest entertainment and summer cooking. And then there’s the “Fredio” as well, an additional back patio area named after Fred himself.

In the near future, Fred also has intentions of adding a new bar, kitchen, and another dining room. 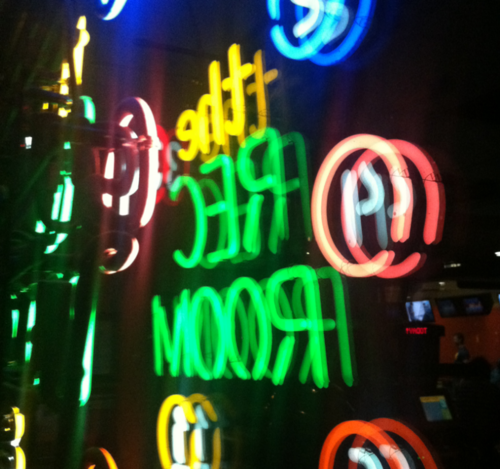